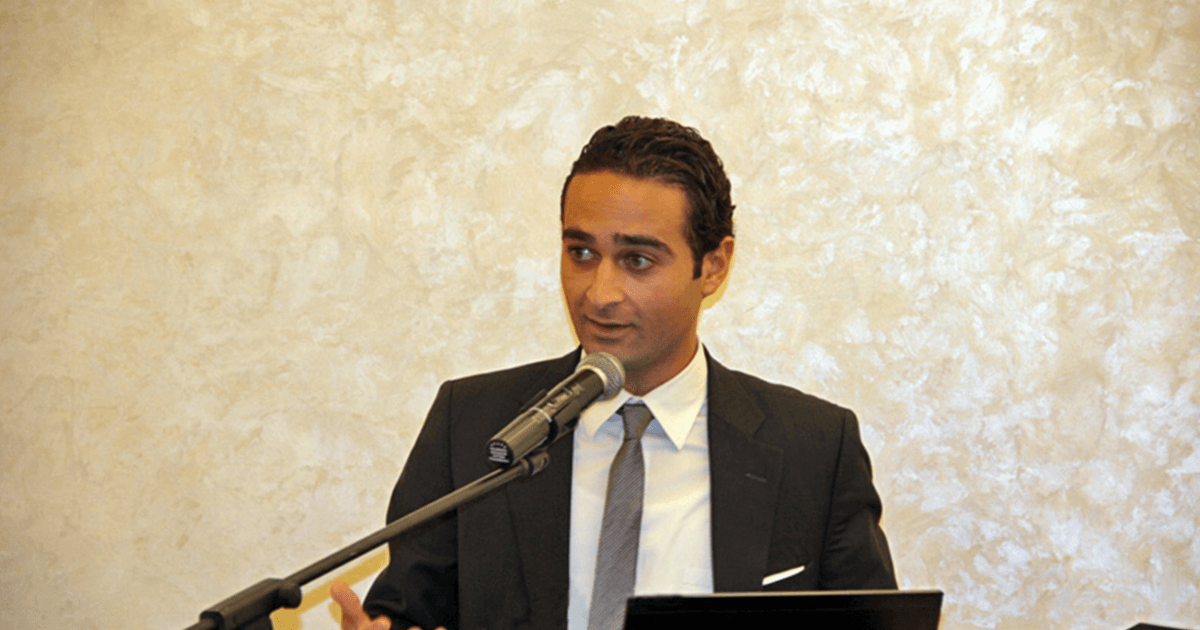 Khaled Al Sabawi, a Canadian entrepreneur of Palestinian origin and General Manger of Union Construction and Investment, co-founder of TABO, and President of MENA Geothermal, has been chosen as a World Economic Forum Young Global Leader for 2015.

The honour places Khaled, the son of Palestinian refugees from Gaza, among the world’s most exceptional young leaders, all of whom have proved their commitment and success in making the world a better place. The 2015 list of YGLs includes 187 leaders from business to charity, politics and art, representing 106 nationalities, who will undertake a six-year programme together.

“The community is made up of leaders from all walks of life,” David Aikman, of the World Economic Forum, said. “We bring them together to learn from one another, and to translate their success into global significance.”

YGLs are given opportunities to experience, first-hand, some of the most pressing challenges from around the world. They’ll complete a specially developed curriculum on global need and leadership at institutions like Yale and Oxford, and will work together to develop innovative new approaches to those challenges.

Since the programme was established in 2005, nearly 1000 YGLs have gone on to work together to create transformative and ambitious projects, tackling such profound issues as malnutrition, the collapse of global fisheries, and renewable energies.

“Becoming a Young Global Leader with the World Economic forum is a huge honour and an exciting opportunity,” Khaled said. “I’m flattered to have been chosen amongst a list of highly distinguished individuals for all over the world.” .

Al Sabawi installed Palestine’s first geothermal energy systems in 2007, bringing renewable heating and cooling systems to commercial, residential and institutional buildings. Later, as General Manager of UCI, he set up TABO, a revolutionary project that focuses on expanding property rights in the West Bank and allows Palestinians to own title deed land. An elegant attempt to address Palestine’s housing problems as well as the threat of Israeli settlement, it’s already allowed hundreds of Palestinians to own a plot in their homeland.

Becoming a Young Global Leader, too, is hardly Khaled’s first accolade. Named among the top 200 most influential Arabs by Arabian Business magazine, his titles include the prestigious 2013 Takreem Young Entrepreneur Award, the Young Alumni Achievement Award at his Alma Mater, the University of Waterloo, and the Energy Globe Award, among others.

He’s also featured on the front cover of Forbes Middle East, has lectured at Harvard and MIT, and produced a TED Talk that went viral around the world.