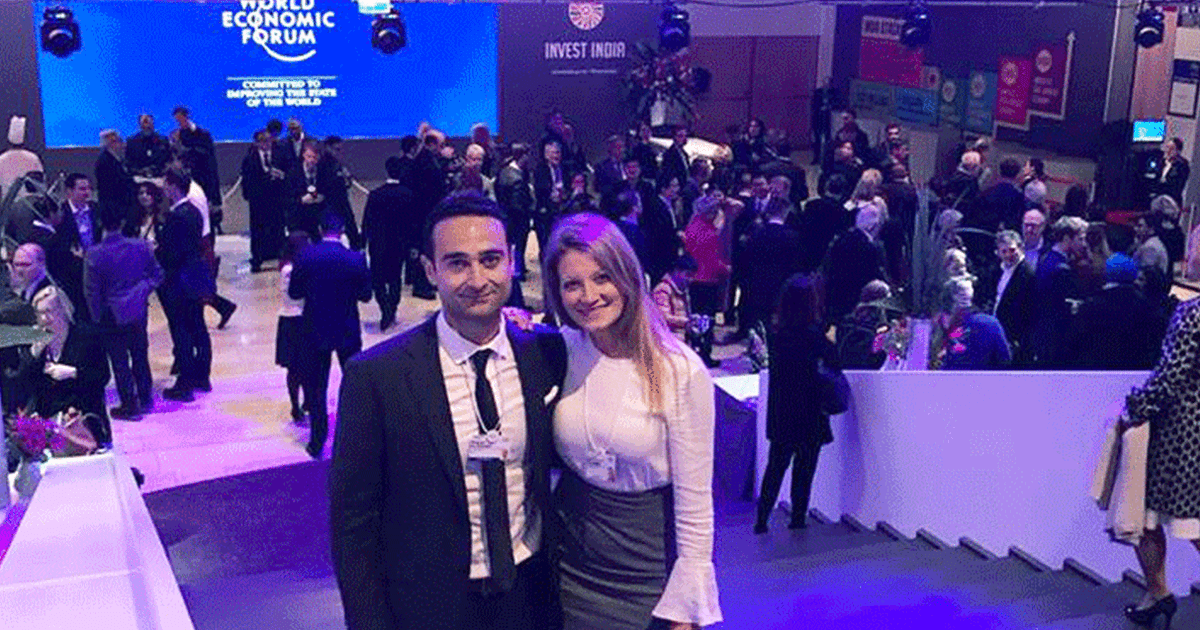 The annual meeting, taking place under the theme ‘Creating a Shared Future in a Fractured World’, will bring together a record number of heads of state, government and international organizations alongside leaders from business, civil society, academia, the arts and media. A particular focus will fall on reinvigorating international collaboration as a way of solving shared challenges in an era increasingly defined by societies under strain and competition between nations.

“To receive an invitation to the World Economic Forum Annual Meeting is a huge honor and an exciting opportunity,” Al Sabawi said. “I’m flattered to have been invited among a list of highly distinguished individuals from all over the world.”

The son of Palestinian refugees from Gaza, Al Sabawi is an entrepreneur, co-founder of the TABO and Masyoun Gardens projects, President of MENA Geothermal and was chosen as a World Economic Forum Young Global Leader for 2015.

The invitation is attributed to Al achievements and his role in innovating the Palestinian real estate and regional environment sectors. He obtained his BA degree in Computer Engineering from Waterloo University, Canada, in 2006, and was awarded the Young Alumni Achievement Medal by the University of Waterloo's Faculty of Engineering 10 years later. He also became the first certified geothermal engineer in the MENA region and North Africa. In 2010, Al Sabawi was named as one of the world’s top energy entrepreneurs by Global Post, and ranked the 195th Most Influential Arab by Arabian Business Magazines in their Top 500 Most Influential Arabs.

In late 2010, Al Sabawi became the CEO of UCI, one of the largest construction, housing and real-estate development companies in Palestine. He is also a co-founder of the TABO initiative; the first project dedicated to creating title deeds and expanding property rights in Palestine as a means of protecting land against Israeli settlement expansion. In doing so, TABO allows Palestinians from all over the world to own a parceled title deed plot, provided with infrastructure services and unprecedented facilities.

Al Sabawi has also participated in numerous prominent conferences at the local, regional and international level, including the TEDxRamallah conference. In addition, he receives regular invitations to give addresses to universities around the world, and has spoken at McGill University and the University of Toronto in Canada, Harvard University and MIT in the United States, at the annual Labour Party Conference in Brighton, England, as well as other academic institutions and leading green energy conferences around the world. These honors follow his winning of the Takreem Award for Young Entrepreneur for 2013, granted to Arab individuals and organizations who have excelled in the fields of culture, education, science, environment, and social and economic development.

Al Sabawi’s invitation to the World Economic Forum’s 48th Annual Meeting is the latest recognition of UCI’s standing and successes, coming just one month after UCI won the Best Management Team award in the real estate development sector for 2017, during the second edition of the Arab Best Awards. The ceremony was held in Marrakesh, Morocco, in December 2017. Al Sabawi noted, “this is a fantastic start to 2018, and we will be sure to carry this momentum and progress forward in all our work.”