Ramallah, Palestine - Union Construction and Investment (UCI) held its thirteenth Ordinary General Assembly meeting at its Al Masyoun headquarters in Ramallah, with a video link to attendees in Gaza, in which it was decided to issue a cash dividend of 7% of its nominal share value to shareholders.

The meeting was headed by UCI Chairman Dr. Mohamed Al Sabawi and CEO and Vice Chairman Eng. Khaled Al Sabawi. Also present was the company’s controller; representatives from the Ministry of National Economy, PEX and Palestinian Capital Market Authority; the external auditor and legal advisor, alongside members from the Board of Directors, executive management team, and company shareholders.

The meeting began with a welcome speech by Dr. Sabawi, followed by a discussion of the agenda. The company’s controller confirmed the attendance of over two thirds of shareholders and thereby validated the meeting.

During the proceedings, the General Assembly of UCI endorsed the Chairman’s report on 2018’s fiscal year, and verified the auditor’s reports alongside the financial statements from 2018. Furthermore, two recommendations were submitted by the Board of Directors to the General Assembly for approval. The first was the issuing of cash dividends of 7% for the 2018 fiscal year. The second, was the invitation extended towards Ontario for Technology Development Company to join the Board of Directors, represented by Mr. Dawoud Al Qawasmi. .

Both terms were unanimously approved. In addition, all board members were acquitted until the termination period of December 31st 2018, and the auditor Talal Abu Ghazaleh was re-elected to audit UCI’s financial accounts for 2019.

In his welcome speech, Dr. Sabawi said that 2018 was defined as a special year for the company, considering its many achievements and progress in the face of the enduring difficulties and challenges experienced within the Palestinian economy.

“The financial results presented to you reflect one of the best years in UCI’s history, despite the losses and difficulty faced by Palestine’s real-estate sector,” he said. “In 2018, UCI reported $1,926,559 profit after taxes. This was the result of the strategy set by the Board of Directors and the hard work of the local team in the West Bank, Gaza, and Jerusalem.”

UCI’s CEO and Vice Chairman Eng. Khaled Al Sabawi commended the company’s recent successes in designing and delivering affordable apartments in one of Ramallah’s most coveted areas, Al Masyoun, through the Masyoun Garden development. The project’s offering was so well received that the first phase’s 64 units almost fully sold out within a year, with but a few units remaining. The success of Masyoun Garden 1 paved the way for the second part of the project, which offers 36 units, in addition to the continued progress on the pioneering TABO project.

“Work is in full swing for our various real-estate projects,” he said. “In the coming years, we expect growing demand for our developments and believe that our extensive experience in the real-estate sector will guarantee our continued success.”

UCI is one of the largest construction and real-estate development companies in Palestine. Established in 2005, the company brought together a group of distinguished international business leaders with decades of experience, who were united by a vision of an established and prosperous Palestine.

With head offices in Ramallah, UCI embarked on its mission and brought together international and local investors, changing the culture of Palestine’s residential and commercial development.

TABO is UCI’s flagship project, based on the purchase and development of plots of land into Master Planned Communities, which offer parceled title deed plots at an average net area of one dunum (1,000 m2). This project has allowed land to become accessible and affordable to Palestinian home buyers.

Masyoun Gardens is the latest of UCI’s real-estate projects and is designed to meet the housing demands of Palestinians in Ramallah while combining excellent location, comfort, and affordability. Through these and other projects, UCI has grown to be one of the country’s largest and most reputable real-estate development and investment companies. 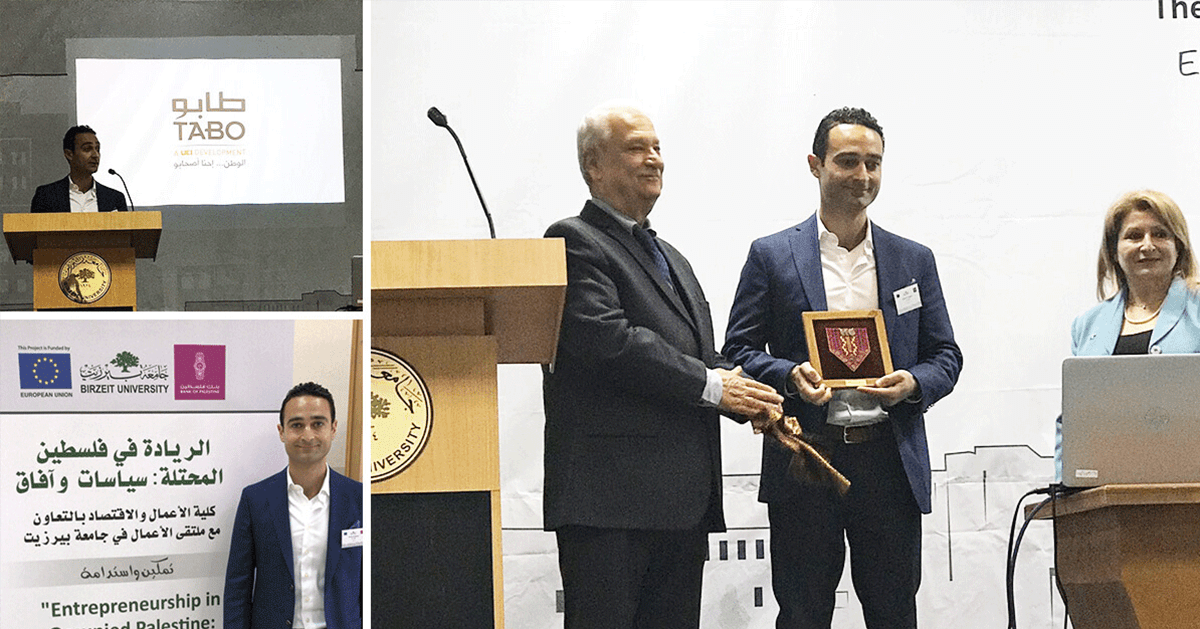