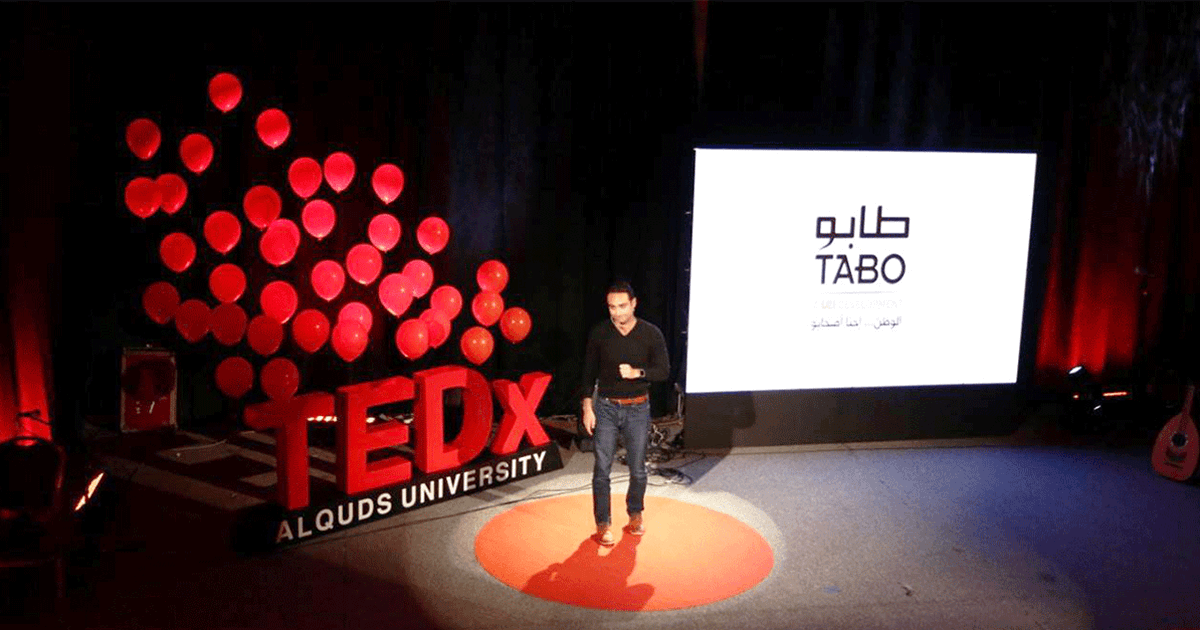 Ramallah, Palestine – UCI’s CEO and Vice chairman, Khaled Sabawi, was invited as a speaker at TEDx Al-Quds University to talk about his personal experience in entrepreneurship. The conference took place in Al-Quds University in Abu Dis, East Jerusalem on April 15th 2018.

At the TEDx Al-Quds University, Sabawi spoke about the dispossession of his family’s land in Palestine before 1948 and how the establishment of Israel turned his family into refugees. He talked about how this experience of exile and the fact that Palestinian land continues to be confiscated today were the main factors behind the founding of TABO, a project dedicated to protecting Palestinian land by creating title deeds. Sabawi then communicated how TABO was established, the main challenges it has faced and the overall goals of the project.

Sabawi pointed out the importance of organizing this TEDx Conference for youth, especially considering Palestinian youth (age 15 - 29) comprise 30% of the population and they have an unemployment rate of 40%. He also thanked Al-Quds University for its efforts to organize this event and allowing participation and interaction with the audience members.

Al-Quds University received the license from TED a few months ago to start organizing the conference, titled “TEDx Al-Quds University: Through My Eyes.” The aim of the event was to share ideas that deserve to be published and to promote inspiring ideas. Laith Azzam, curator of the TEDx Al-Quds University Conference, said that their main goal was “to highlight individuals who have had a significant impact and who could inspire and spread an idea worth sharing; Mr. Khaled Al Sabawi was definitely a perfect fit for this matter. We were honored to have Al Sabawi share his vision for bringing sustainable development to Palestine with what I consider the most important segment in the Palestinian society, and that is the youth in general, and Al-Quds University students in particular."

Ten Palestinian speakers participated in the conference, all of whom are entrepreneurs in various fields who gave presentations covering a vast array of topics. The conference was attended by a large number of university students and other Palestinians interested in the event.

TED is an international organization that operates under the slogan "ideas worth spreading." It has become popular all around the world by organizing conferences on a diverse range of topics and posting the talks online for free distribution. TED's early emphasis was technology, entertainment and design, consistent with its Silicon Valley origins, but it has since broadened its focus to include talks on many scientific, cultural, and academic topics.