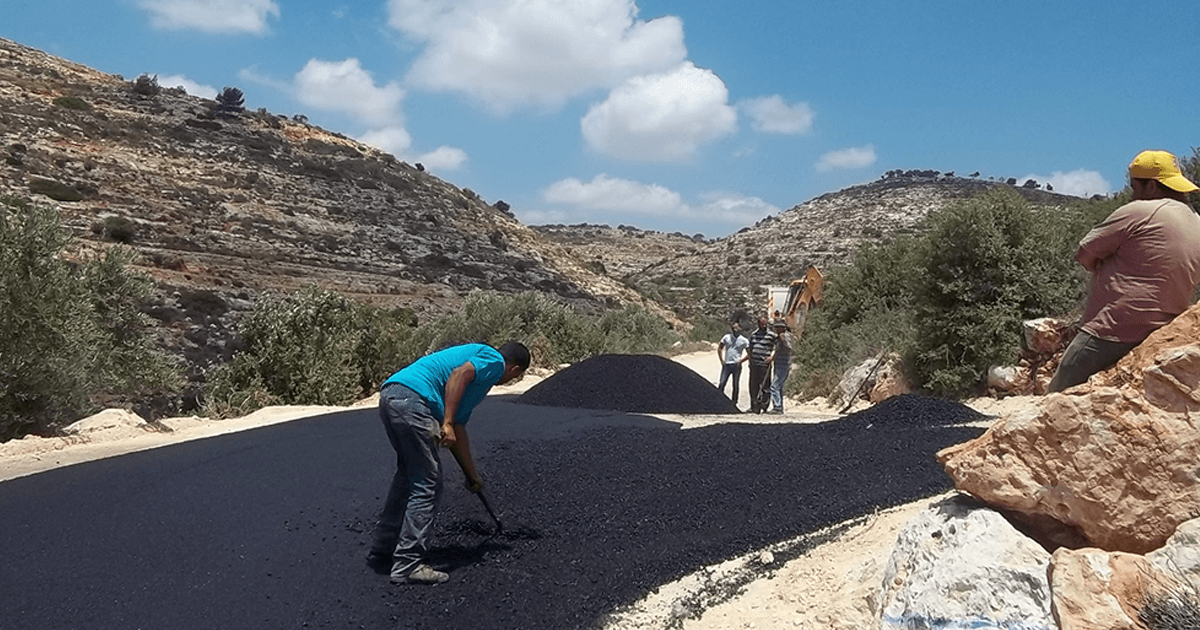 This important move is part of a series of development projects implemented by UCI. This comes after UCI signed several agreements with local contracting companies in order to develop the TABO lands located outside the main cities and provide them with infrastructure services as a way to prepare for residential communities with the highest international standards in the future.

Concerning this achievement, Eng. Khaled Al Sabawi commented: “So far, we have implemented many projects for paving internal roads in vast areas of our TABO lands that reach more than 200 dunum, and these projects will extend to larger areas in the near future. Consequently, this will facilitate movement and construction of a connected network of internal roads in those areas and thus encourages the creation of residential communities in new areas outside the main crowded cities.”

Mr. Al Sabawi explained that these achievements are part of TABO’s goals of expanding ownership of land in Palestine and protecting it from illegal settlement expansion. This is done by preparing master plans for lands located outside the major cities, obtaining approvals from governmental bodies, parceling and registering them and providing them with infrastructure. It is worth mentioning that “TABO” project is UCI’s largest leading project that aims at changing the culture of urban development outside the main cities. TABO is a development project that offers Palestinians from all over the world the ability to own a parceled and registered dunum of land with infrastructure in Palestine. UCI began preparing for TABOin 2007 and it purchased lands in Palestine for an amount around 15 Million USD. Moreover, UCI exerted hard efforts in issuing title deeds and designing roads and master plans for these lands. It also obtained Buyers’ Permits for its customers from the Prime Ministry and followed up the new registration procedures and issuance of title deeds for these lands.