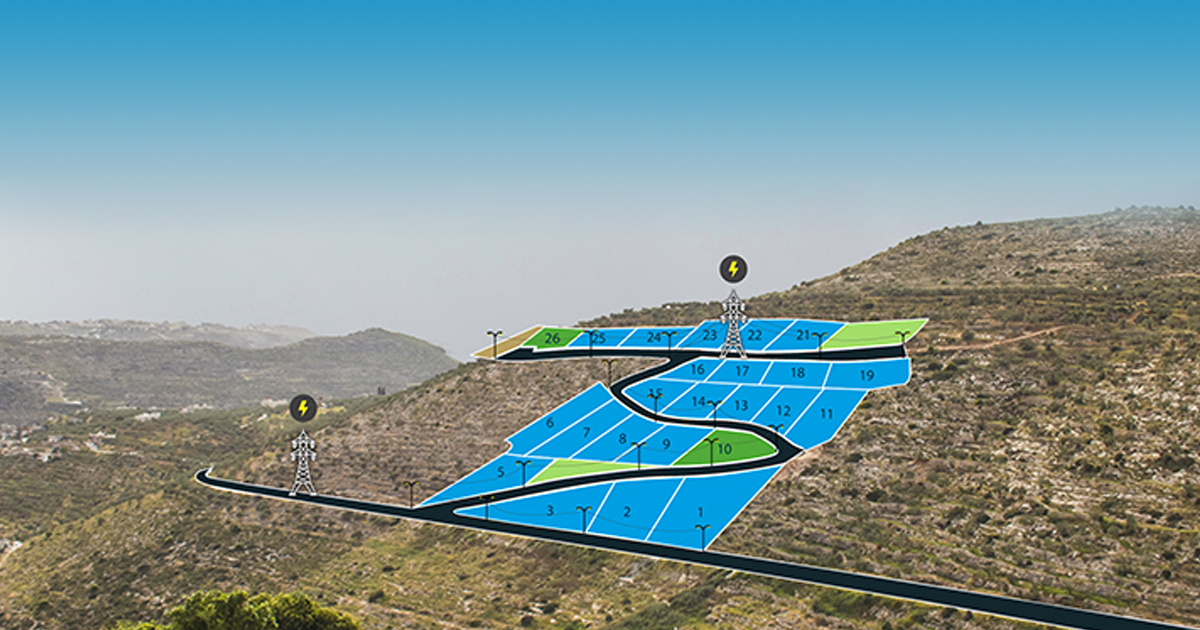 Ramallah, Palestine - June 20 2016 - Union Construction and Investment’s (UCI) major real estate project, TABO, is proud to announce the completion of the extension of a network of high voltage underground electricity cables in “Qarawa A” master plan in Qarawa Bani Zaid, 22km north of Ramallah. The pioneering project is the first of its kind in the town, which previously only possessed low voltage electricity cables that served a limited number of households.

However, thanks to TABO, the electricity supply will fulfill the needs of all prospective residents and landowners within the master plan. Alongside aiding future TABO tenants, the new high voltage underground cables – which will extend to over 2,300m in length - will be to the benefit the rest of the town of Qarawa, which has long-suffered from possessing a weak power supply.

“Our plans to extend electricity to all TABO lands in Ramallah and Salfit, most recently completed in “Qarawa A”, are the latest in UCI"s long line of accomplishments – all of which are to the benefit of current and prospective TABO landowners", said Khaled Al Sabawi, UCI’s CEO and Vice Chairman and co-founder of TABO.

TABO specifically selected the stunning region of Qarawa to develop a number of their master plans. Collectively TABO’s Qarawa master plans consist of 170 plots, 134 of which were sold to Palestinian families, revealing the soaring success and appeal of the area. TABO’s ”Qarawa F” master plan is the most recent addition to be offered by TABO, and extends the availability of affordable and attractive land on the market in Palestine for prospective landowners. Although Qarawa F was recently launch, it’s almost sold out. In addition to the economic benefits of such projects, TABO encourages the positive impact such developments have upon social development and sustainable economic building in Palestine. Strengthening the agency of Palestinian landowners by creating title deeds in the occupied Palestinian territories protects land against illegal confiscation and settlement expansion. Creating title deeds outside of urban centres within the West Bank and implementing roads and electricity infrastructure help change the reality on the ground by create new Palestinian communities.

Launched in 2011, TABO was created as a response to the rising land pricing in Palestinian cities and lack of available land outside of Palestine’s main cities. Since its inception, TABO has focused on preparing master plans in order to cultivate urban planning in areas that lay outside of city limitsby securing approval from required governmental bodies and finalizing the registration process. In addition, TABO has developed infrastructure for all of its projects, which includes the paving of internal roads – which have now been finished in Ramallah and Salfit – and the building of model homes in a number of the TABO lands.

Now, TABO proudly adds high-voltage electricity networks to its list of infrastructure accomplishments, which will in the future rehabilitate these areas to enable them to flourish as residential communities.