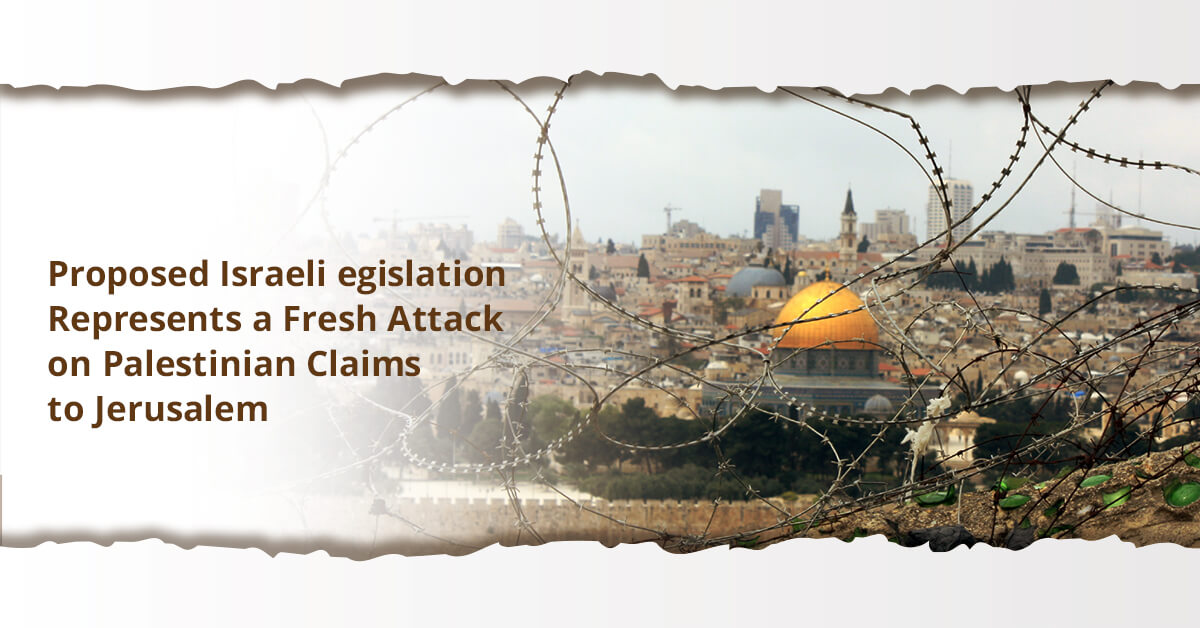 On October 29th, the Israeli Knesset’s ministerial committee on legislation was poised to approve a controversial new bill which, if passed into law, would have annexed 19 illegal settlements in East Jerusalem (settlements are illegal according to article 49 of the Fourth Geneva Convention). Although at the time of writing this vote has been postponed, it highlights the clear intent of the Israeli government to entrench its domination of the city, and serves as a critical reminder that we must do all in our power to resist Israel’s violations of international law.

According to the legislation, the settlements of Ma’ale Adumim, Gush Etzion, Efrat, Beitar Illit and Givat Ze’ev would not be formally annexed to Israel, but would nonetheless be incorporated into Jerusalem’s municipal jurisdiction. As a result, more than 150,000 Jewish settlers would be permitted to vote in municipal elections, while remaining distinct entities from Israel.

The legislation – labeled the ‘Greater Jerusalem Bill’ – was drafted by MK Yoav Kish and Transport Minister Yisrael Katz, who have previously asserted that the move would “weaken the Arab hold on the capital”. In addition to administratively incorporating a substantial settler population into the municipality, the law would also relegated three Arab neighborhoods located beyond the wall – Kafr Akab, Shuafat and Anata – to ‘sub municipalities’.

As such, the legislation would have a vast impact on the demographic composition of the city, cementing a Jewish majority; long a key Israeli strategic interest. MK Kish declared that the bill would preserve Jerusalem’s status as what he deemed the “eternal capital of the people of Israel and the Jewish majority.” Announcement of the legislation came on the same day as approval of plans to build 176 new settlement units in the Jerusalem neighborhood of Jabal Mukaber.

According to Israeli media sources, the Israeli Prime Minister, Benjamin Netanyahu, permitted the bill to proceed in an attempt to boost support from a right-wing support base prior to a general early next year. Had the ministerial committee approved the bill – as was expected – it would have then moved to the Knesset floor for approval.

In response, the Palestinian Authority highlighted that settlement construction was a war crime under the Rome Statute of the International Criminal Court, and a direct violation of international law and conventions.

Shortly before the committee was scheduled to vote, it was announced that voting on the bill had been postponed following diplomatic pressure from the United States. It remains to be seen if and when the bill will be revisited, but the intention it represents – for Israel to entrench its control over Jerusalem – remains a permanent threat to historic Palestinian ties to the city.