How Israel Removes Palestinians from their Own Land 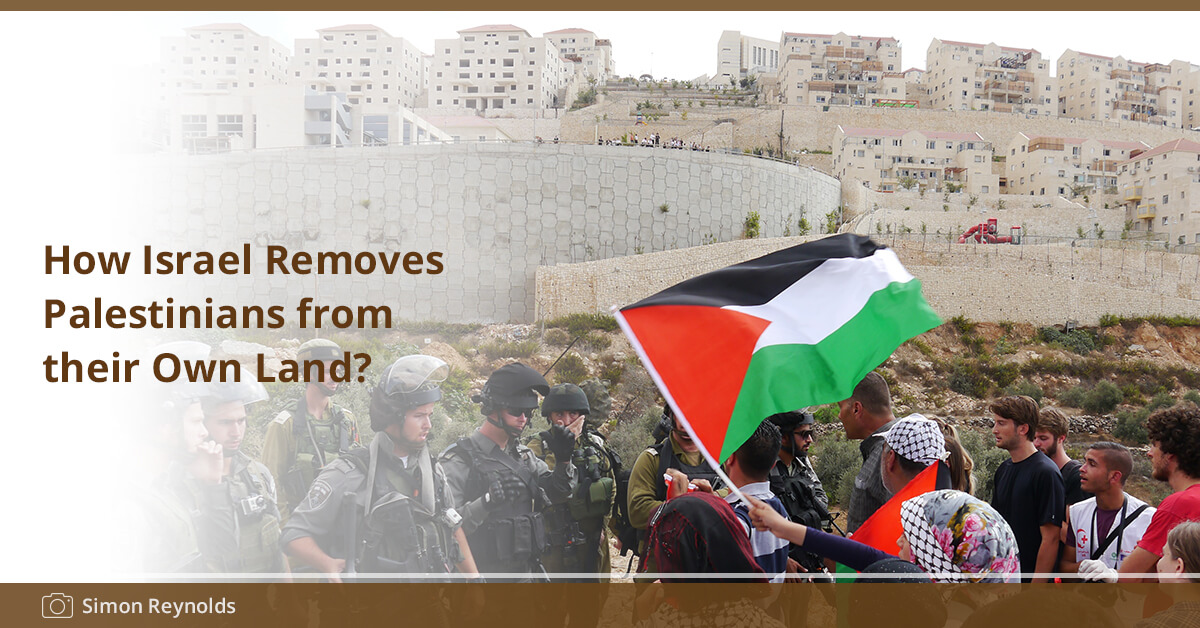 Throughout occupied Palestinian, Israel employs a range of methods to remove Palestinians from the land. This is a central component in Israeli efforts to establish control over as much Palestinian territory as possible, and the threat posed is substantial.

In East Jerusalem, for example, a Palestinian territory considered occupied by the UN and international law, family homes are demolished to make way for the construction of Israeli settlements. Palestinians are physically evicted from their properties and others are stripped of their residency status and forced to leave the area. This is done to weaken Palestinian claim to their capital city.

To the other side of Israel’s Wall, which has been deemed illegal by the International Court of Justice, huge swathes of unregistered land have been expropriated by Israel, allowing it to prevent Palestinian construction in favor of settlement expansion. Although this represents an international crime, the settler population continues to rise. Today there are thought to be at least 380,000 Israeli settlers living in the West Bank, excluding East Jerusalem.[1]

Hebron (al-Khalil in Arabic) is an extreme example of the issues faced; a town home to some 160,000 Palestinians has been effectively held hostage by the presence of 700 religious Israeli extremist settlers, who make the lives of Palestinians in the Old City a nightmare through regular acts of violence and daily harassment. This is all done under the protection of the Israeli occupying army. As a result of this culture of impunity, parts of the Old City have become known as the ‘Ghost Town’, with row-upon-row of Palestinian homes and businesses welded shut by Israeli military engineers. Checkpoints are everywhere, choking off human movement and suffocating Palestinian life. Of those Palestinians who remain in the area, many are forced to use backstreets and even rooftops to access their homes.

These serious threats to Palestinian presence operate in the wider context of a Palestinian economy which has been made to suffer terribly as a result of the prolonged occupation. This is despite important signs of progress, supported by the actions of pioneering local actors like UCI.

All of these discriminatory Israeli practices and policies have been extensively documented by Palestinian and international human rights groups, yet these practices – and the removal of Palestinians from their land – continues largely unchecked. The international community looks on with indifference, while the Palestinian Authority is powerless to deliver necessary change.

But it is not too late. Palestinians must, however, act now to protect their human rights. Palestinians must lay claim to their land through their physical presence, the registering of land and residing on it.

These realizations are key driving forces behind the TABO project, and although the threat posed is great, so too is the collective determination of Palestinians to face and overcome it.

[1] B’Tselem, “Statistics on Settlements”, updated 11 May 2017, available at:
http://www.btselem.org/settlements/statistics